The Australian bush-fires are a tragedy for all.

An estimated 18.6 million hectares, 5,000+ buildings destroyed and at least 30 people are dead. In this national tragedy the whole world has been watching and showing their support. The Australian government and multiple fundraisers have received a combined amount of 500 million dollars in an effort to stop the fires, and rebuild what has been lost. However amidst all the noise, something has been left behind.

At least 1 Billion animals are dead, their homes and way of life destroyed.

Many of Australia's beloved animals are endemic, this means they are not found anywhere else in the world. If we lose them now, we lose them forever and this goes for our marine life as well. Our Great Barrier Reef is suffering, pollution has accelerated an extinction event, and now with the impact of the fires, innumerable numbers of wildlife has been lost.

I want this to stop, but I need your help.

None of the money raised is mine, and while it would be nice to have 10k, I've made sure that not a single cent goes to me but rather to a cause we all need to believe in. CharityTVGlobal is an internationally respected organisation who has partnered with the 'Foundation for National Parks and Wildlife' in order to raise awareness for the lesser known plight of Australian Fauna both on the land and in the sea.

A message from Foundation for National Parks and Wildlife.

FNPW is the charity partner of Australia's National Parks. We’re a non-government organisation on a mission to protect Australia’s ecosystems and native species for generations to come. We believe in conservation, not only because it protects native plants, birds and animals, but also because it protects us.

After all, you simply can't be healthy in an unhealthy environment.

By acting now to protect nature and prevent extinction, we can secure a better future for all. 48 National Parks & protected areas across Australia would be smaller or non-existent if FNPW had never existed. 100% coverage: FNPW has funded conservation projects in all of Australia’s states & territories. 600+ scientifically-based Australian conservation projects funded by FNPW.

Populations of Marine Mammals, Birds, Plants and Fish are in serious decline globally...including those that live right here, in the vast stretches of saltwater of which we are guardians. If we lose them from our waters, they are lost to the world forever!

Right across Australia, native animals that are important to our ecosystem are declining at an alarming rate. Native animals like koalas, gliders, echidnas, wombats, bandicoots and many species of birds and reptiles now have to scale fences, cross busy roads, negotiate backyards containing dogs and cats and move over entire paddocks with no tree cover, exposing them to predators. With your support, we can help protect nature in a way that preserves it for generations to come. We need to Connect to Protect.

I’m excited to announce I’ve been selected as an official cast member of the socially conscious (and award-winning) TV series Adventure All Stars. Produced by the acclaimed Charity TV Global, this ground-breaking media format provides a platform for me to raise funds and exposure for a philanthropic cause I’m passionate about. Pre-filming I’m proud to be raising awareness for Wildlife & Environmental Conservation efforts in Australia.

You don’t know what you’ve got til’ it’s gone. Ask anyone in the world what comes to mind when they think of Australia and you can safely bet they will mention koalas, kangaroos and incredible natural landscapes. Despite fondly identifying as the home of an incredibly diverse range of flora and fauna species Australia has lost more animals to extinction than any other country in the world. Since the year 2000 over 7.47 million hectares of habitat for threatened species has been destroyed and currently in excess of 1800 Australian animals, plants and ecosystems are listed under our national environmental law as threatened with extinction. Our Great Barrier Reef is one of the world’s most biologically diverse ecosystems and our northern oceans are some of the last remaining healthy tropical seas. A staggering 80% of marine species in our Southern oceans are found nowhere else on Earth, so let's band together and save these unique species. By donating to my fundraising campaign you’re helping me to highlight the importance of educating the community on Environmental Sustainability and conserving our natural wonders.

Net proceeds raised throughout this project will be granted to the Foundation for National Parks and Wildlife https://www.fnpw.org.au/

Testimonials, past fundraising successes, TV shows, extensive press coverage and more can be found at www.charitytvglobal.com

Related fundraisers for our cause

last time you signed in with on this device. Not you? 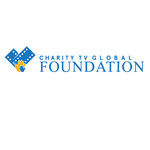